260 pages, written and distributed by the founder and owner of Tools to Swedish.

Starka verb & passiva agenter is written for you who are a beginner in the Swedish language, but also for you who already are on the go. The purpose of the book is to make Swedish comprehensible by putting more focus on exemplifying, and less focus on explaining. The examples are taken from everyday language and several are written in both Swedish and English. Many of the explanations are also translated into English.

This book also suits those of you who already know how to use the Swedish language, but who want to learn the terminology behind it. Once you may have known all the grammatical terms, but now they are forgotten. You know that it’s called “ran” but may not know that run is a strong verb (in English more known as an irregular verb), and that makes it called ran, not runned. Agents you can often read about in suspense novels, but they do appear even in Swedish grammar. Anyone can become an agent, but only in passive clauses.

Click here to get a glimpse of the book. Just send an email to maja@toolstoswedish.com with following information:

The book costs SEK 371, including shipping. The shipping cost is within Sweden. Shipping to other countries could of course be arranged. When ordering more than two books, the shipping cost may be slightly higher.

Payment can be made via Swish in advance. After payment you will receive a receipt for the payment in an email. It’s also possible to pay by invoice.

The shipping will, under normal circumstances, take a 2-4 days. 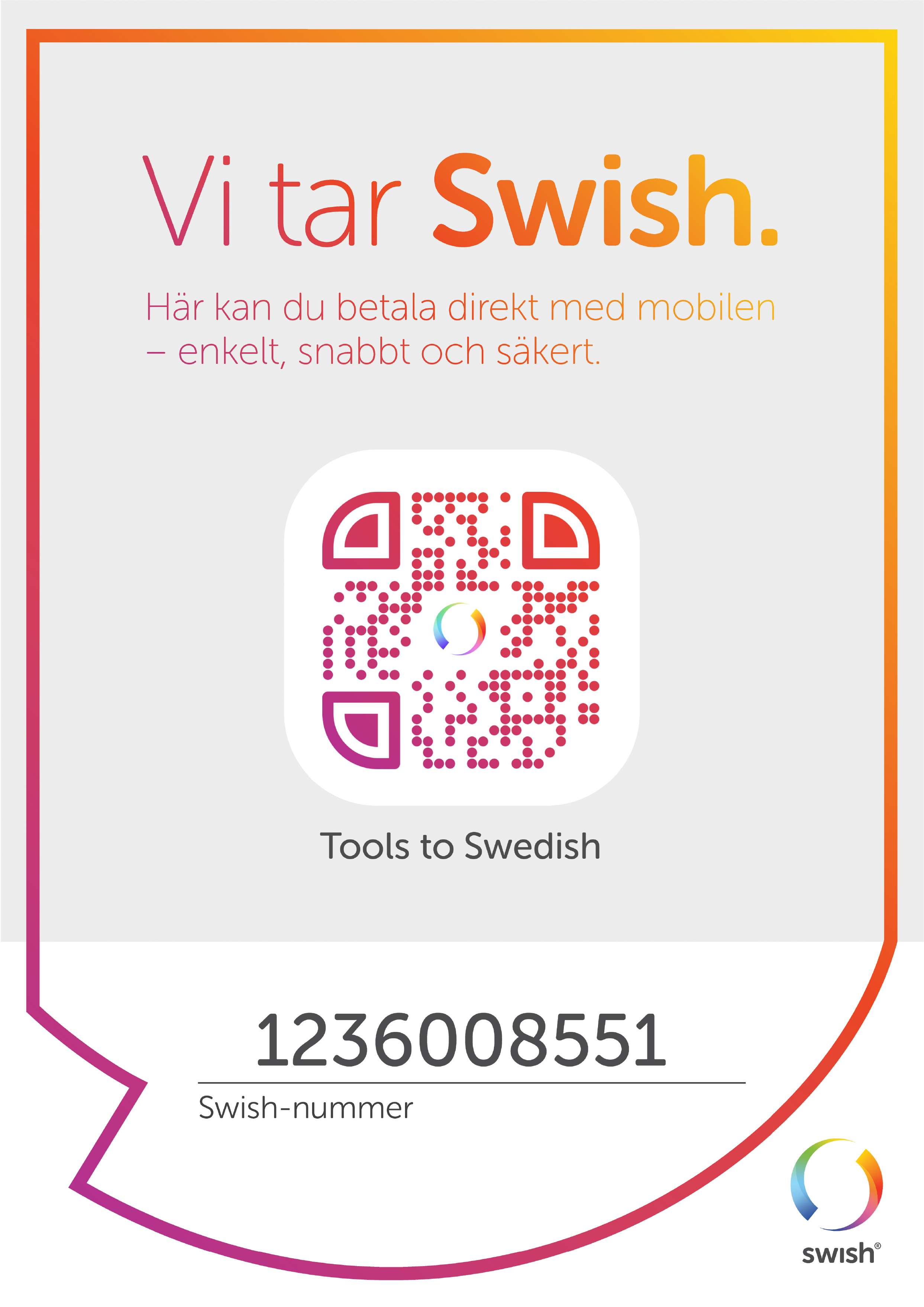